What is Liquid Waste and How Can it Be Removed

How Can Liquid Waste Be Removed

First, the business needs to set up a system for holding the liquid waste once it has been produced or converted into its liquid form. This ensures that the liquid waste is not simply dumped in the environment with bad consequences for both the local region and the business down the road due to legal liabilities. Depending on the business and the liquid waste that it produces, the waste is often stored in either barrels or tanks that can be picked up by waste management services.

Often, liquid wastes must be treated before their disposal. Treatment methods depend on the liquid waste in question since the term encompasses such a large variety of different wastes with their own unique properties. For example, organic wastes can be composted to produce fertilizer while non-hazardous liquid waste containing materials such as oil and metal often have their water content extracted.

Once again, the disposal method depends on the liquid waste in question. Some wastes are simply dumped in landfills once treated, while others are incinerated to prevent contamination. Similarly, there are also wastes that are converted into new products that can be put to further use.

Liquid waste is waste that exists in a liquid rather than gas or solid form.

Businesses that produce liquid waste should set up measures to contain it, before either treating it onsite using their own facilities or sending it out to waste management services.

If recycling is something you are interested in but are having trouble getting started, contact us today! 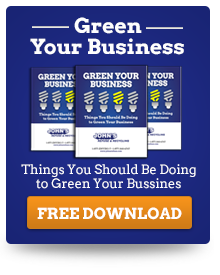